← Be Wrong Doing
by Leticia Parish
finish →
by Peter O'Mara

All is conversation, all is network. 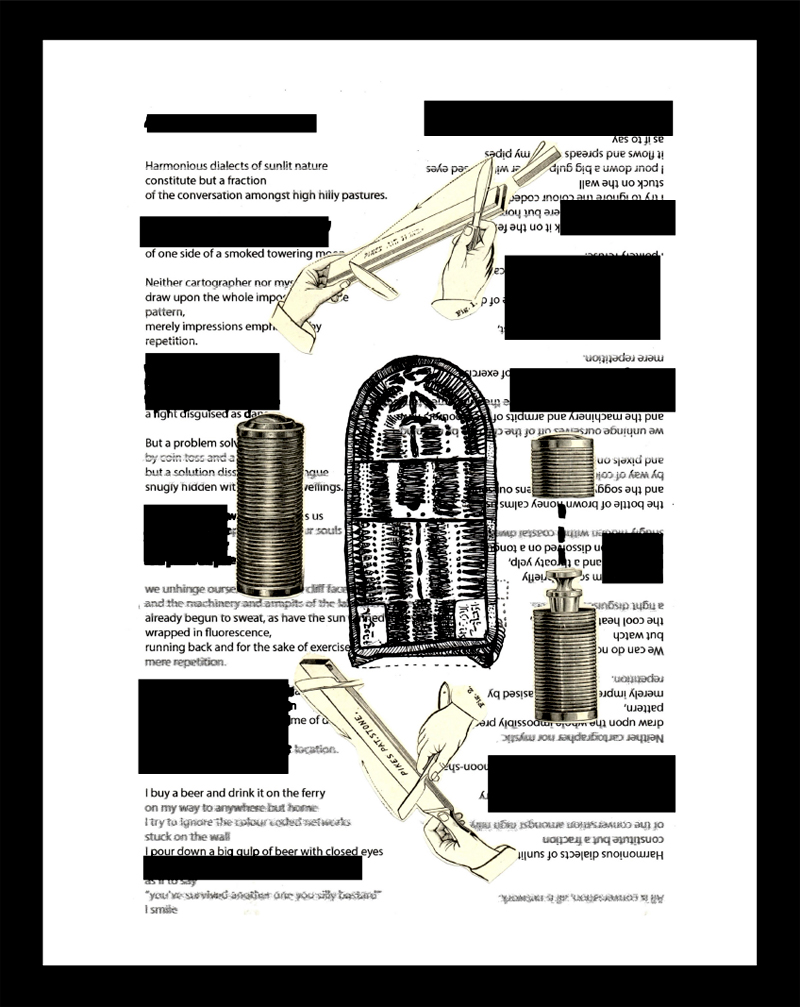 This entry was posted in 63: COLLABORATION and tagged Misael M., Szymon Dorabialski. Bookmark the permalink.
Szymon Dorabialski is a Sydney-based artist completed his BVA (Honors) at Sydney College of the Arts in 2010. Although having majored in Film and digital art, he is interested in various mediums and how they can be bounced off of one another in order to reveal some kind of deep seeded personal truths and atmospheres. His poems have been published in a handful of publications. He has exhibited in various group and solo shows in Sydney and Melbourne and has recently taken to performance art with the collective Grupa Futerek.


More by Szymon Dorabialski on Cordite Poetry Review →
Misael M. is originally from Mexico where he studied visual arts, art history and several other useless courses. Living as a permanent resident in Sydney, Australia, he is currently an amateur poet and writer, tavern philosopher, fly trainer, pataphysician, occultist, cacti collector, future 100 meter runner and of course, a good citizen.