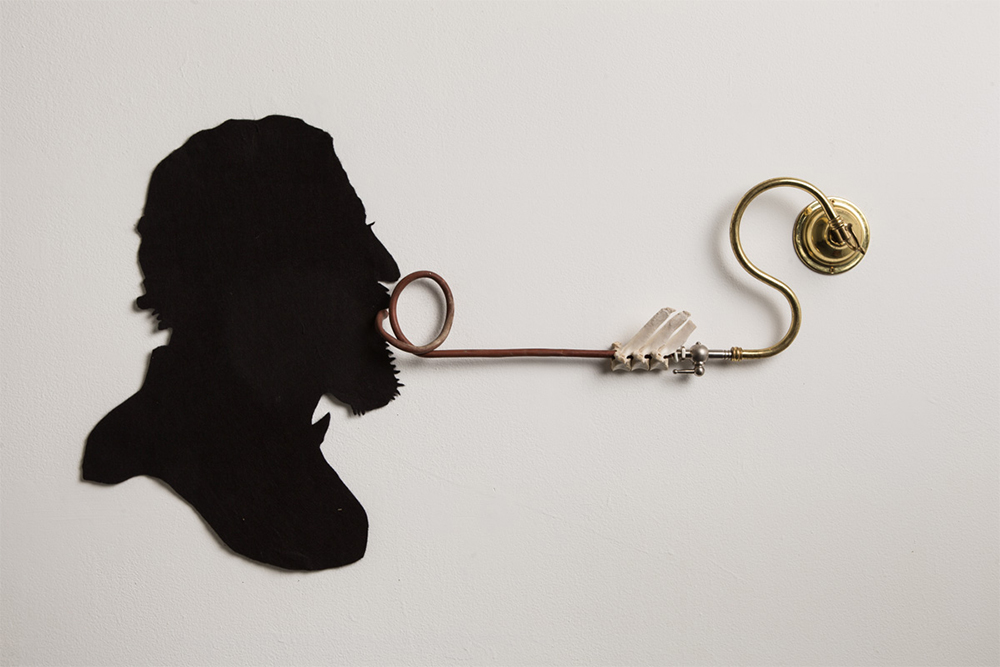 My mixed media tableau incorporates the transformative process of bricolage and photomontage to draw the viewer in to consider more insidious subtexts such as disturbed ecologies and dispossession from colonial incursions. A combination of field trips and archival research into my family past have fostered a deeper understanding of the inherited and ongoing legacies of colonial settler culture. This landscape of contrasting brutality and gentrification has inspired a broader personal investigation of this colonising period. The works seek to reflect an admixture of the genteel entangled with the darker undercurrents reflecting the lives of colonial ancestors.

For the exhibition Naturally Disturbed Sue researched historical narratives in relation to the pastoral frontier of the Gawler Ranges in the north west of South Australia. Left with little tangible evidence of their past, Sue’s research has taken on a speculative kind of journey where, by attending to the past through the combined engagement of photographs, archival material and field trips, she has searched for ways to reach a more nuanced understanding of the cultural mirage that lies behind colonial settler culture and its relationship to the land.

Dark Manners seeks to embody the notion of Australia as a nebulous laboratory at the far edges of empire where gentlemen scientists became the shadowy subjects of their own curious predilection for collecting. The material hybridity in Dark Manners seeks to create an uneasy tension between the unspoken interiority of polite society and the duplicity of dark deeds committed ‘in the interests of human kind’ which continue to haunt the present.

John Mansforth, known as ‘the sergeant’, was a distant ancestor who worked as a shepherd on a farm by Skillogalee Creek. He was brutally murdered after a drunken argument at the nearby Port Henry Arms hotel. The Port Henry Arms was a watering hole for bullock drivers carting copper ore from Burra to ships at Port Henry (now Port Wakefield) as well as for a mix of gnarly characters such as miners, farmers, shepherds, hut keepers and troopers. Gothic names such as Hellfire Creek and Devil’s Garden defined other sites along the bullockies’ copper route to the gulf, recorded today on stone steles by the modern highway.

This entry was posted in ARTWORKS and tagged Sue Kneebone. Bookmark the permalink.
Sue Kneebone has a PhD in visual arts from the University of South Australia and a Masters in Fine Art from the Victorian College of the Arts and is currently a lecturer at Adelaide Central School of Art. Recent exhibitions include a solo exhibition at the Art Gallery of South Australia, Border Crossings with Australian and Irish artists as part of Galway International Arts Festival, and exhibitions at Fontanelle and Hugo Michell Galleries. Sue has been a recipient of the Qantas Foundation Contemporary Encouragement Art Award, Australia Council and Arts SA grants.