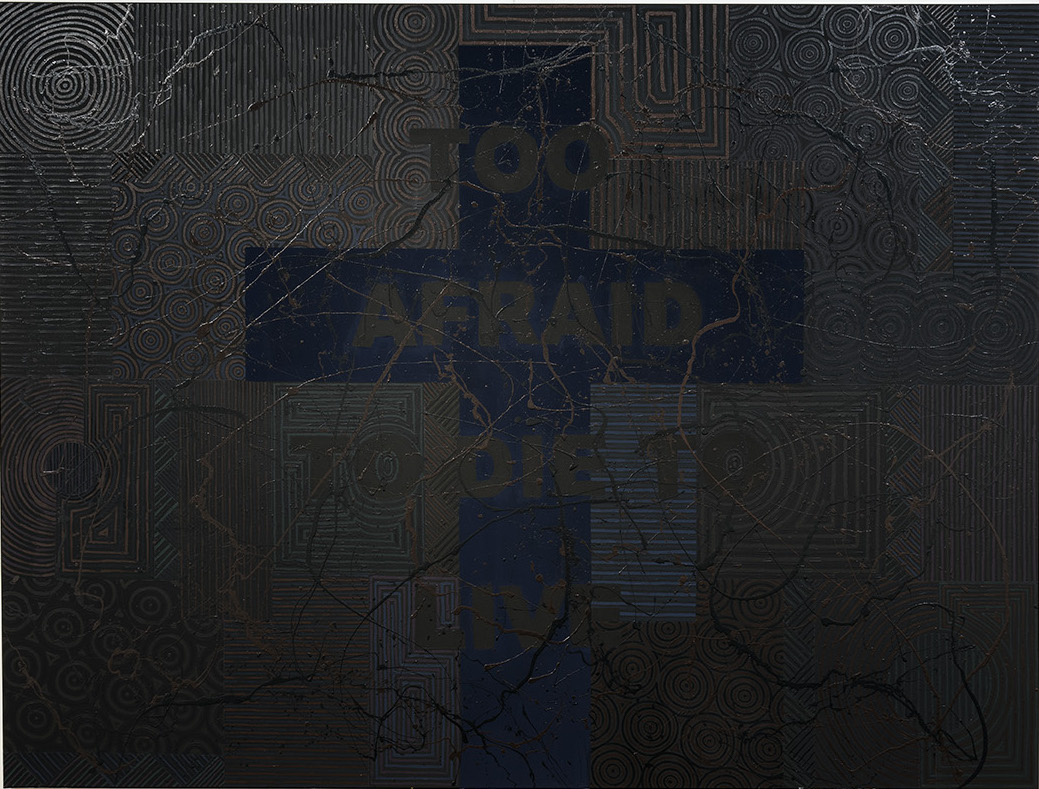 Too afraid to die to live 2019, acrylic on canvas, 180 x 240 cm. Image courtesy the artist and Milani Gallery, Brisbane.