← Interview with Dorothy Hewett (O’Keefe remix)
by Hazel de Berg
‘Can I Do My Words?’: On the Poetics of Deafness →
by Jessica White 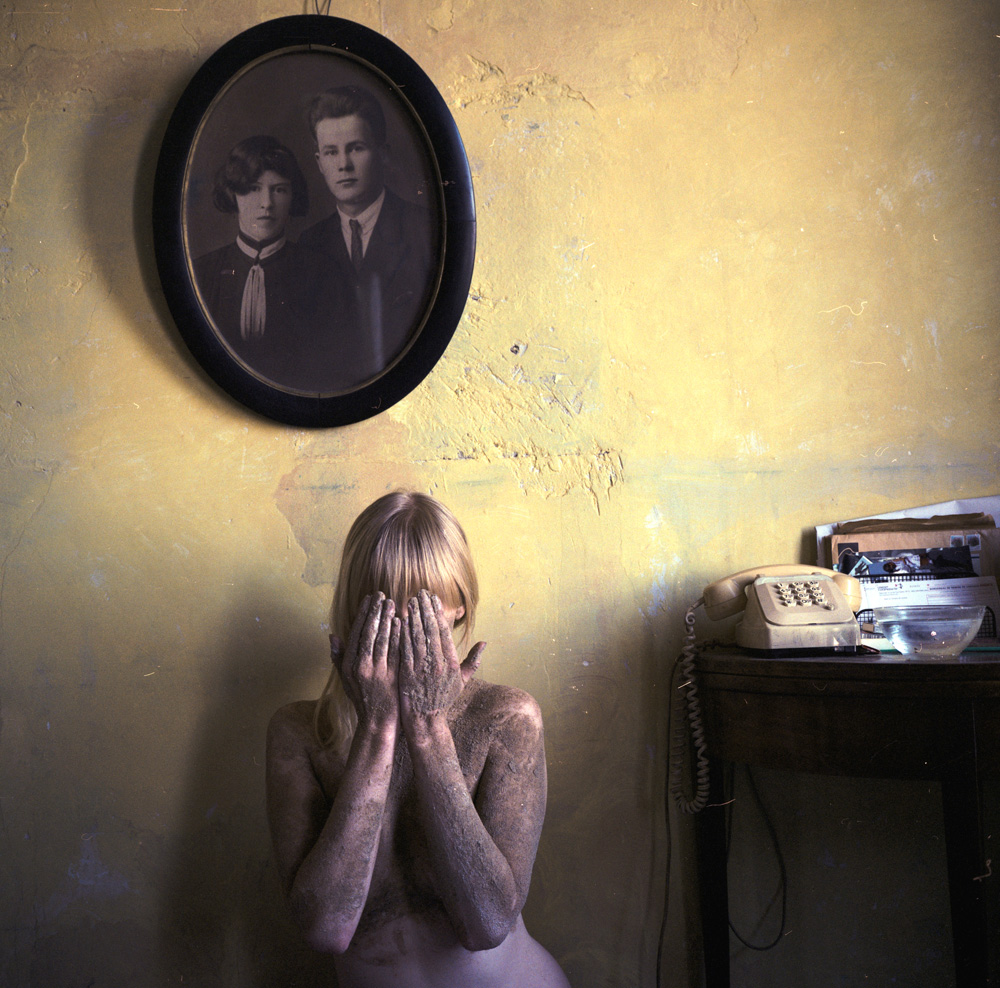 The inability to root myself in a society or in a specific country is reflected in my work by a mesh of elements from different time periods and cultures.

My photographs are conceived almost as paintings, by a process of association of elements and observation in a performative game. My aim is to create timeless and borderless atmospheres to capture what I define as visual enigmas.

1. Relative to the view, visible and approachable by anyone in the contemporary world.
2. Spontaneous living pictures or ‘tableaux vivants’, composed by quotidian symbolism related to daily rituals, objects.
3. Intentional ambiguities in the presentation of a situation.
4. Thing or person difficult to comprehend.
5. Questioning of the « self » that coexists in between an inner vision and a physical existence in its living space.
6. Components involved in the creation of a personal mythology.
7. Captivating silence: nb that all silence is not peaceful.
8. Strange and attractive detail(s) which go below understanding.
9. Absence of explanation, which remains floating in the extra-visual.

These propositions define my process and photographs, inspired by encounters, discoveries of elements that are usually ignored, and of the unknown in general. A transformation and appropriation of the quotidian arouse an intrigue and an attempt to make the invisible visible.

This entry was posted in ARTWORKS and tagged Isa Lausas. Bookmark the permalink.
Isa Lausas is a writer and visual artist, originally born in Tornio, Finland. She grew up in Marseille, France where she graduated from the Academy of Fine-Arts of Marseille in 2012, after which she has travelled intensively and lived in Scotland and South Africa. Currently she is about to finish her Masters of Fine-Arts in Creative Writing at the University of Saskatchewan in Saskatoon, Canada, after which she will be based in Montreal. Her visual art has been shown internationally and she has written and published several collections of poetry, including On That Border, Art-Arc Books, 2012 and I/Exi[s]t – Exit/I, JacPine Press, 2014. Her work has been featured by magazines such as (parenthetical), Untethered and digitally at the Vancouver Art&Book Fair 2014 by Poetry is Dead.