Gorton, Alizadeh and the blog … (again)

Might as well come right on out with it: after eight years and a couple hundred reviews – all edited, a number authored as well – as Cordite’s Reviews Editor, I’m glum to announce that Ali Alizadeh is stepping down from the role for a well-needed break and reappropriation of time devoted to other pursuits. I’d like to thank him for being a tireless supporter of poetry, its criticism, the contemporary machinations of Australian and international letters and for being a critically engaged, necessary proponent/combatant in all the aforementioned offices. Thankfully, Alizadeh will stay on as a Contributing Editor, so the name will not be disappearing from Cordite altogether. 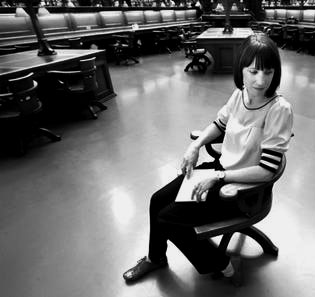 So, now, with great delight, I’d like to welcome Lisa Gorton – accomplished poet, critic, editor, educator and thinker – into the fold as Cordite’s current Reviews Editor. It’s an ideal fit. We’re most enthused to have her on board. Cordite will continue to do a mix of feature-length and short reviews for 2013 and thereafter. But with this dawning of the Gorton age in Cordite’s reviews, I imagine new ideas, directions and policy are at hand. As they ought to be.

As for Cordite’s GUNCOTTON blog, we are once again in need of an editor. I’m going to let this vacancy simmer for a while until such time as … well, not exactly sure. But I suppose until such time as a good fit also gambols across the horizon in figure-eights and number nines.

Also, Gig Ryan’s Cordite 42: NO THEME II issue will publish on 1 June 2013. But before then, we’ll sneak in some collaboration and skulduggery.

This entry was posted in GUNCOTTON and tagged Ali Alizadeh, Lisa Gorton. Bookmark the permalink.
Kent MacCarter is a writer and editor in Castlemaine, with his wife and son. He's the author of three poetry collections – In the Hungry Middle of Here (Transit Lounge, 2009), Sputnik's Cousin (Transit Lounge, 2014) and California Sweet (Five Islands Press, 2018). He is also editor of Joyful Strains: Making Australia Home (Affirm Press, 2013), a non-fiction collection of diasporic memoir. He is managing editor of Cordite Poetry Review and publisher of Cordite Books.